We Don’t Want To Change You, We Want To MOVE You! Happy Pride from Hustle and Flow! 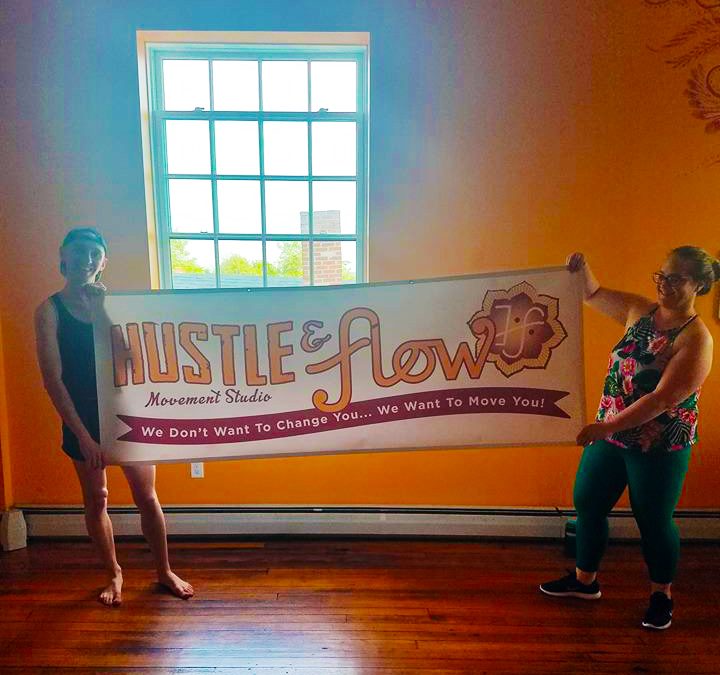 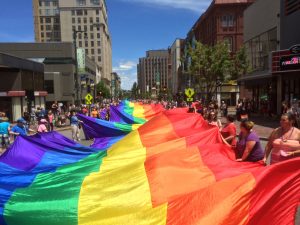 Hey everyone, have you heard? It’s Pride month!

Pride is a great word. It means that sweet feeling you get when you have achieved and you feel good about your achievements. It means satisfaction, pleasure and admiration. And sometimes it means a fierce pack of lions who stick together as a unit. I mean, how super badass is that. To wit:

On June 28th, 1969, New York City Police raided The Stonewall Inn which, at the time, was the largest gay bar in the United States. It had been converted to an LGBTQ+-friendly establishment in 1966, and for the years between its inception and the 1969 raid, it functioned as a gay dance club and hookup spot, but more importantly, it was the center of the gay community. It was a place where young or homeless LGBTQ+ people could go to find support, community, shelter and work, and more established folks could enjoy time with like-minded people – people who also understood how terrifying daily life could be as a gay person.

Because, in the 1960’s, many states had sodomy laws that characterized certain sexual acts – mostly those involving same-sex partners – as crimes (some states still do). Police activity at the Inn was common. Police would regularly collect bribes in order to “look the other way,” while also performing routine raids on the bar to seize alcohol and harass or arrest the patrons, as the Stonewall Inn had no liquor license.

Raids on gay bars of any kind were extremely common at this time in America; police were tasked with enforcing a myriad of laws intended either directly or obliquely to target the LGBTQ+ community. There are a lot of books, articles and other incredible sources that document the kinds of other atrocities visited upon openly non-cis, non-hetero people, particularly people of color, much better than I can do here. It was an ugly time for America, but the hard truth is that many of these violations of civil rights still happen today, right in our own neighborhoods. The fight is not over. 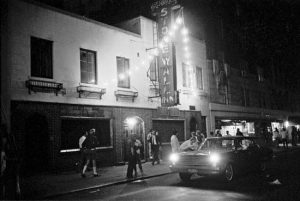 When the final raid on the Stonewall happened on June 28th, ironically just a couple of years after the famous ‘Summer of Love,’ the patrons had finally had enough. They resisted. They resisted police “verifying” their genders with under-the-clothes searches for anyone wearing women’s clothing. They resisted arrest. They resisted the brutality being visited upon them as the riot began to get underway. And as they resisted, the people of the community gathered to support their brothers, sisters, and siblings, to disrupt the police’s efforts to dismantle their power and to take a stand against being an oppressed community, full stop. They fucking RIOTED. They rioted for their right to live and be free. 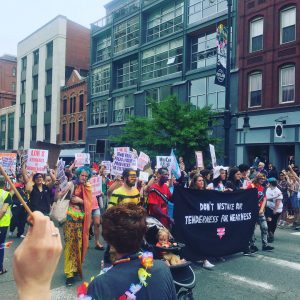 When we celebrate Pride, we stand alongside those who have been oppressed, shamed, brutalized or harmed in any way because of who they are attracted to, who they choose to love, who they choose to have sex with. We celebrate the beautiful, deeply storied, powerful and, yes, sometimes glittery, hilarious and downright EXTRA culture that the LGBTQ+ community has created, and how it has helped us to find understanding, compassion, and love for all people.

When we celebrate Pride, we remember that it must be intersectional. People of all religions, all colors, all backgrounds, people from every single walk of life are welcome to celebrate the strength and PRIDE Of the gay community. But we must remember who we are celebrating. Wearing a rainbow t-shirt for a day doesn’t make you queer. Loving dancing to Gaga at 4 am with your gay bestie doesn’t make you queer. Being queer makes you queer – don’t be afraid to have fun, but be conscious of appropriation and how that can feel to people who have been through the trauma of oppression. 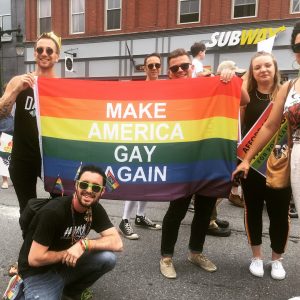 When we celebrate Pride, we offer safe spaces. We offer welcoming arms, kind, compassionate, non-sexual touch with consent, we offer sentiments of love and support. We offer respect and humility. And, obviously, we party. We DANCE! It’s a celebration, after all! This is why for the second year, Hustle and Flow will be a walking entry in the Pride Parade on Saturday, June 16th. Steph and Carla and the Hustle crew offer this movement studio as a safe, welcoming and queer-friendly space for every single body (with one exception, Slow Grind, which is for femme-identified humans only). Hustle and Flow is a space to feel PROUD of your body, of who you are, to feel PROUD of all of the hardships that you have been through, of the struggles you’ve seen. You have accomplished so much. You have resisted, and you’ve overcome. Be Proud.

If you’re a Hustle and Flow student, be sure to ask Steph how you can be a part of our dance crew in the Pride Parade! Check out the choreography videos that Steph has been posting on Instagram (@hustleflowstudio) and Facebook, practice with us on Friday the 15th at 7:45 pm and then join us to walk or be there to cheer everyone on!  If you’re curious about Hustle and Flow, we look forward to showing you a little bit of what our little community offers as we stand in solidarity with our LGBTQ+ community and honor our LGBTQ+ students and teachers. And so, just remember, you’re perfect just as you are, in this moment, and every moment. 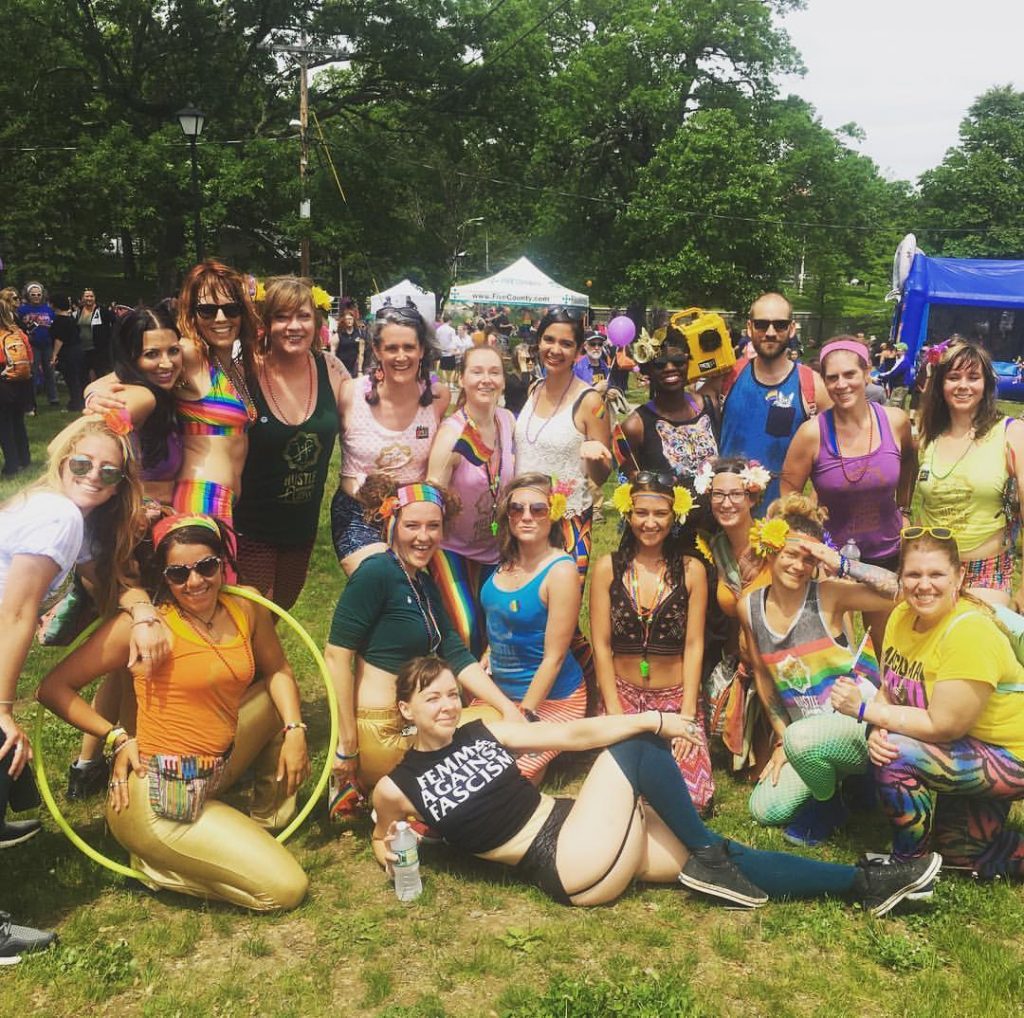 We don’t want to change you… we want to move you!

See you at the Pride Parade on Saturday! Happy Pride everybody!!